The trailer of Filmwala Picture’s upcoming Eid-ul-Adha release QuaideAzam Zindabad takes off on a patriotic note. A movie title named after Pakistan’s founding father is bound to be dominated by nationalism. It doesn’t seem, though, that this Fahad Mustafa – Mahira Khan starrer will be weighed down by nationalistic jingoism. The message, hopefully, is going to be laced through a rollicking, action-packed storyline.

The trailer indicates as much. Fahad Mustafa is Gulab, a swaggering, not-very-moral cop. Mahira Khan is the bike-riding, wisecracking, sharp-tongued female lead. There’s a very evident obsession with money, with rupee notes – and the Quaid’s image on them – making several appearances in the trailer. Javed Sheikh is another cop while Nayyer Ejaz is the villain. Somewhere along the line, between crazy jumps from planes, shoot-outs and motorbike stunts, our hero’s going to see the light and turn good. Mahira Khan is shown holding a placard. A solemn Fahad is seen at a funeral. The songs are yet to release, although we’ve seen glimpses of them.

The action particularly takes center stage in the trailer – grandiloquent, slick shots of Fahad Mustafa as the daredevil cop. When the movie’s release was delayed during the coronavirus pandemic, there were rumors that it may be released to an OTT platform but director Nabeel Qureshi stood his ground, insisting that this was a movie for the big screen. The effort put into the action scenes was probably his main reason for saying so.

More recently, during the movie’s pre-release promotions, actor Fahad Mustafa asserted the same: that QuaideAzam Zindabad was intrinsically meant to be enjoyed on the big screen.

Perhaps the movie’s biggest trump card – at least to my mind – is the chance to see actors Fahad Mustafa and Mahira Khan together. They are both two of Pakistan’s biggest stars and yet, they hadn’t been paired together yet. Based on the trailer, the chemistry’s looking good. 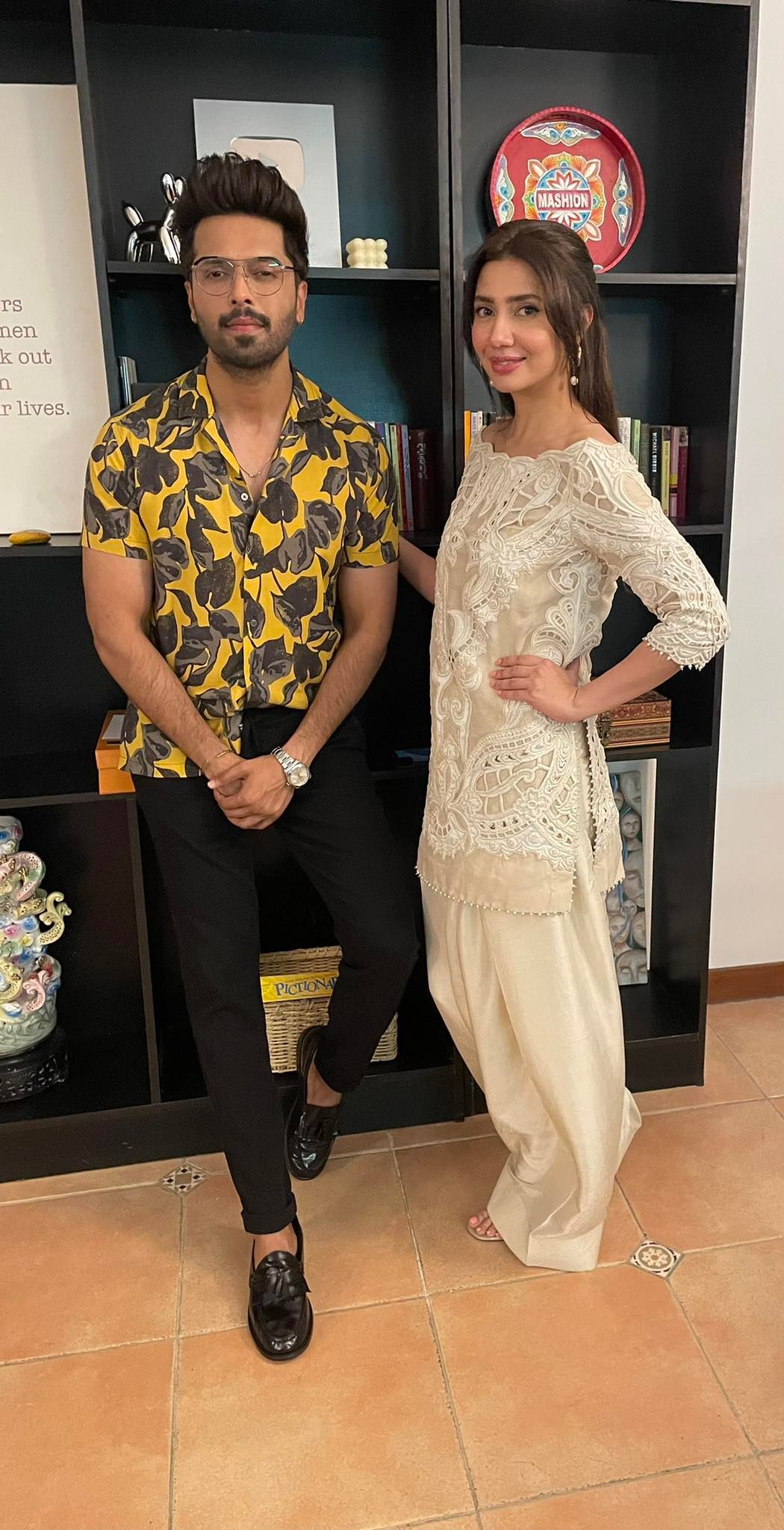 In fact, Fahad Mustafa will be seen acting after a very long time. “This movie shows me as an actor, finally,” the actor said at the trailer launch.

Another high point: Javed Sheikh. The veteran actor’s comic timing is impeccable and one can always count on him to put in a solid performance.

At the movie’s trailer launch in Karachi, Fizza Ali Meerza, the movie’s producer and scriptwriter, and Nabeel Qureshi, director and also scriptwriter, talked about how this particular movie had the potential to raise the bar for Pakistani film, the way their very first hit together – which also, incidentally starred both Javed Sheikh and Fahad Mustafa – Na Maloom Afraad had done.

If this turns out to be true then QuaideAzam Zindabad is going to be an absolute entertainer.

Here’s what we know about London Nahi Jaunga

Here’s what we know about London Nahi Jaunga