The Lux Style Awards (LSA’s) complete two decades this year and by all means, this should have meant a grand celebration honoring memorable moments and the awards’ contribution to building fashion and entertainment in Pakistan.

But when there’s a virus on the loose, sometimes a major multinational group balks at the idea of bunching hundreds of people together in a single, enclosed auditorium. Despite the temptation to host a grandiose ceremony and pat themselves on the back for going strong for 20 years, staying safe – and alive! – may be prioritized.

Sadly, this is likely to be the case with this year’s LSA’s. Word has it that the event will be very small-scale and mainly staged for TV coverage rather than also catering to a live audience. The event may also span more than one day in order to ensure social distancing and Covid-compliant protocols for the many, many nominees who are bound to attend.

There is nothing more exciting than an awards event staged live and a hall, packed with celebrities in their designer-wear, debating over the awards results, quipping, coming together as one unified fraternity. There is also nothing like a debilitating, highly infectious virus continuing to rampage through the world. Until Covid and its many sister variants don’t get quelled entirely, the grand LSA’s of yore are unlikely to make a comeback.

Some consolation, at least, can be derived from the nominations that were recently announced. LSA nominations invariably spur on awards season. They are always loved by some and hated by others, ‘snubs’ are noted and ‘favoritism’ is pointed out. Long, heated discussions – on and off social media – start off, usually continuing long after the awards have taken place.

The film fraternity, at least, isn’t at loggerheads with the LSA’s this year. With the coronavirus shutting down cinemas, no new movies releases and this year’s nominations  have skipped out on the film category..

Pakistan’s fashion fraternity, though included in this year’s nominations, also barely surfaced, toeing commercial lines with collections that were mostly released online and with only sporadic spurts of excitement offered by a few solo shows and the Fashion Pakistan Week (FPW) in Karachi. With the economy crumbling, brands generally eschewed creative considerations and zoned in on clothes that were wearable and generally pretty. This may work well for sales but not really for awards nominations, where fashion forward design is prioritized.

Listed below, are the fashion nominations and who may just win – or rather, should win. It is important to note that the nominations are created by an initial panel of jurors which consists of experienced members from the media. A second tier of jury, comprising of industry professionals as well as past nominees and winners, then meets in order to mark who they think will win from among the nominees.

These predictions, then, are purely based on personal knowledge of work being done in the fashion industry and is not indicative of knowing the results beforehand.

It is important to point out here that of late, putting a spanner in the works of every awards ceremony – the LSA’s as well as the Hum Style Awards – has been the city-centric debate that tends to follow the announcements of the results. Fashion professionals eagerly take to social media to agitate that the results were leaning too much towards winners from Karachi or from Lahore. Last year, though, was weighed down by Covid and most brands managed to stay afloat by virtue of online retail, catering to customers all across the country rather than just within their home city. Also, more and more frequently, fashion professionals travel from one city to the other, attending to clients from all over. The Karachi-Lahore debate has just gotten too old.

Here, then, are the nominations and some very approximate predictions of who could win…

Model of the Year (Female) 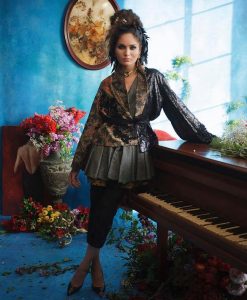 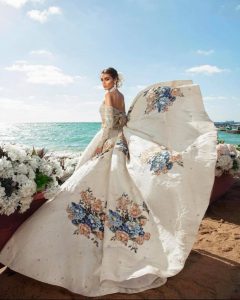 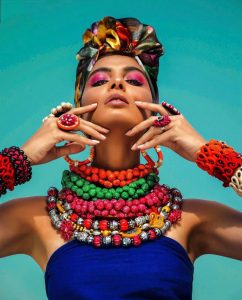 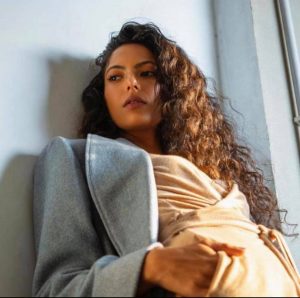 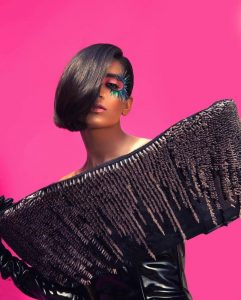 Predicted winner: It’s a tie between Fahmeen Ansari and Mushk Kaleem, who have both collated very diverse portfolios, working with brands that range from bridal-wear to casual pret and proving their versatility with images that vary from the traditionally beautiful to the edgy.

Maha Tahirani may have been the face of multiple campaigns throughout the year but being relatively new in the industry, it may take some time for the LSA trophy to come her way. Also, the catwalk has always been a litmus test for judging a model’s poise but the scarcity of fashion shows means that Maha hasn’t been seen extensively on the ramp. Some of the contenders are certainly taller than her.

Nimra Jacob and Rubab Ali, who both stand out for their very distinctive looks, may also need some more time to zero in on the win.

Model of the Year (Male) 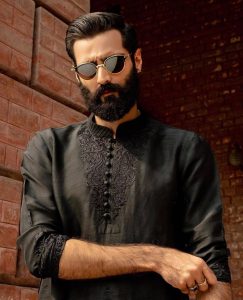 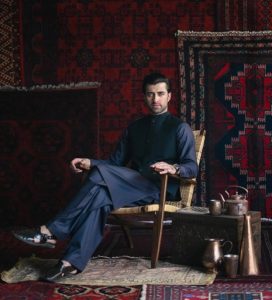 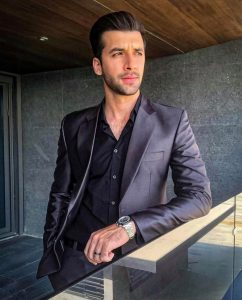 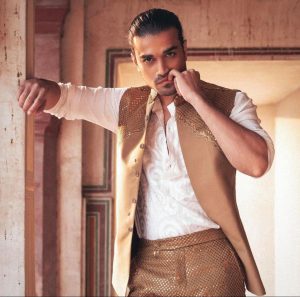 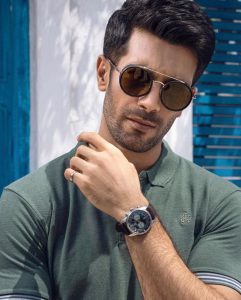 Predicted winner: The male model category fell victim to the commercial constraints on design inflicted by the coronavirus. Barely any menswear designer dabbled with out of the box shoots or creative statements which is why work for most male models was limited to kurta shalwar shoots for high-street heavyweights. Great money, but it hardly helped in building an awards-worthy portfolio.

Keeping this in mind, the award may just (yet again) go to Hasnain Lehri whose work does feature some unconventional imagery other than the usual Eastern menswear. 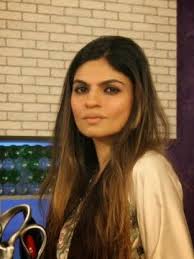 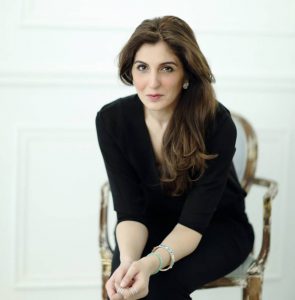 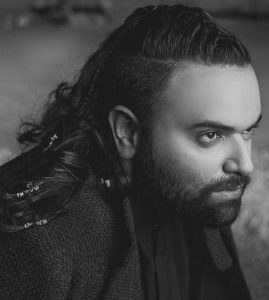 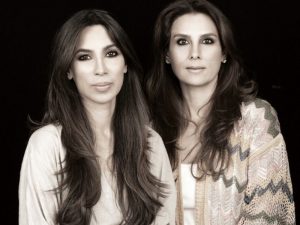 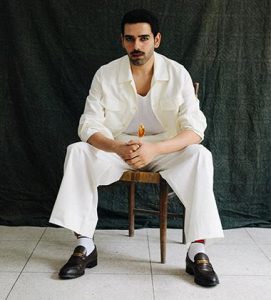 Predicted winner: The nominees are all popular bridal power players. Sana Safinaz, for instance, are pros at the game, with bridal-wear that is invariably sophisticated and well-conceived. 2020, though, was a relatively quiet year for the brand in terms of bridal design.

Fahad Hussayn made his mark with a whopping collection of 72 bridal designs and a signature that is becoming increasingly recognizable over time. The designer is extremely talented but the only factor that may not work in his favor is that his design house was in limbo through the first half of 2020. Fahad had announced bankruptcy, only to make a comeback some months later with a very beautiful solo show. He is still a strong contender – I particularly remember a standout yellow bridal design that was one of the very first designs to announce his comeback into the business.

Hussain Rehar, who also staged his first solo show, shows a lot of promise but being the newest brand amongst the nominees, it may take him some time to develop a distinctive signature. Right now, I feel that Hussain’s very formal luxury-wear is far more recognizable than his bridals.

The trophy may, then, either go to Elan which staged a very luxurious bridal-wear show towards the latter end of the year or to Shehla Chatoor, who put forward a number of glamorous bridal campaigns showcasing the intricate, heavily worked luxe that is the brand’s instantly recognizable signature.

Predicted winner: Again, the competition here is tough. It was a somewhat quiet year for Misha Lakhani. Nida Azwer brought out beautiful lineups of traditional wear and Sania Maskatiya’s extremely well-tailored ready-to-wear remained consistent. The focus on retail, however, was mostly very evident.

Perhaps, then, the trophy may end up going to the very young – but very funky – Hussain Rehar, for eyeing retail but pushing the envelope every now and then, even in economically difficult Covid times. 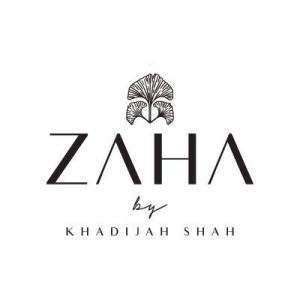 Predicted winner: Khaadi made a mark last year with a trendsetting line-up in collaboration with Turkish actress Esra Bilgic and also a very well-styled capsule collection at the Virtual Fashion Show which took place midway through 2020.

Also standing out was Zaha by Khadijah Shah, a brand that offers a range of very wearable design with edgy little elements added in. Zaha’s seasonal pret-lines, however, were frequently interspersed with other ranges: budget bridals and unstitched fabric collections that always tend to do very well in the mass market.

Generation’s campaigns were stellar and Zara Shahjahan stayed loyal to her minimalistic, on-trend signature. Sania Maskatiya made waves in the market for ready-to-wear with a very pretty ‘Essentials’ line which is now a regular part of the brand. One missed, however, the artistic prints and experimental, very well-cut silhouettes that the designer dabbled with in pre-Covid times. 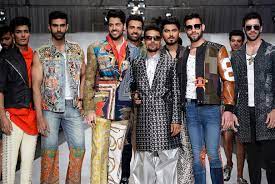 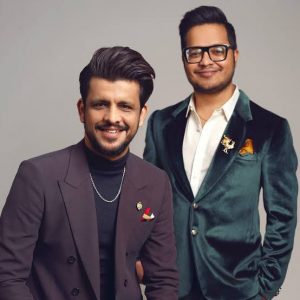 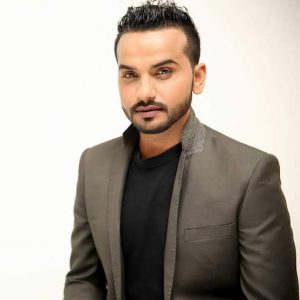 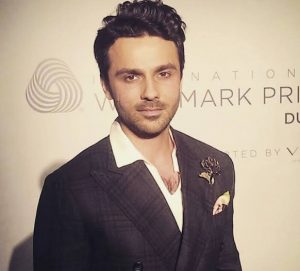 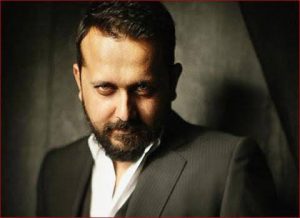 Predicted winner: Republic by Omar Farooq, a frequent LSA winner, focused far too frequently on the basic kurta shalwar last year. The very talented Deepak n Fahad mostly laid low – unfortunate since their artistic collections have frequently added some fun to fashion. Jazib Qamar tends to be inconsistent while Ismail Farid is a perennial favorite, with his impeccable cuts and eye for sophisticated, well-tailored menswear.

There is, however, also the possibility that Emraan Rajput gives Ismail a run for the trophy. Emraan has consistently been churning out collections and his brand has progressed to becoming an extremely covetable one: very consistent and offering designs that range from the kurta shalwar to austere men’s suiting. 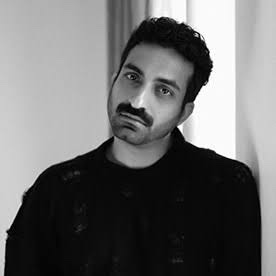 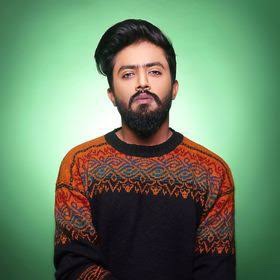 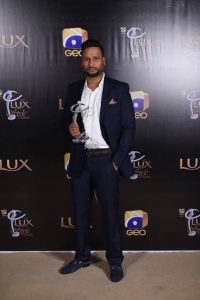 Predicted winner: Fashion photography has been metamorphosing by leaps and bounds, bringing out a slew of startling, impactful imagery through the year. The competition between this year’s nominees is very. very tough.

Take for instance, Shahbaz Shazi, with one of the most extensive portfolios in the industry and a fine eye for neat, clean detailing. Covid, however, may have steered Shahbaz towards purely commercial shoots far too often this past year.

Alee Hassan has a penchant for out of the box compositions – his Instagram is a fashion fantasy – and Najam Mahmood must be commended for his unique vision. Natasha Zubair, relatively new to the playing field, also has great potential. She may have to wait a year or so and build her repertoire.

Lastly, the vastly talented MHM Studio cannot be overlooked, with a portfolio that is so artistic that one wants to see it again and again.

Who’s going to win? I don’t have a clue. MHM Studio, perhaps? 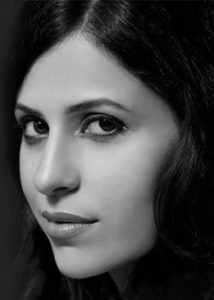 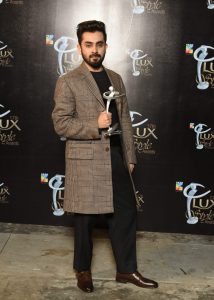 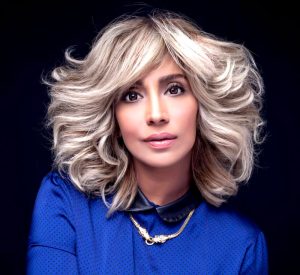 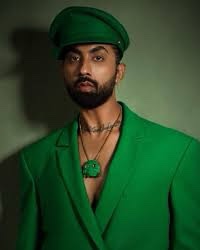 Predicted winner: While all the nominees are extremely talented, Sunil Nawab’s work all through last year was exceptional. The trophy has also been won before by the very talented Qasim Liaqat and he may walk away with it again.

Predictions: Model Sarah Zulfiqar has featured in a range of mainstream campaigns all through last year and may just win. Trinette Lucas is also lovely, but may have to wait a year or so given that she is still relatively new to the field.

Also a possible winner is Rastah, a ready-to-wear brand dedicated to artistic design, endorsed by some of the country’s most stylish celebrities (Meesha Shafi comes to mind) and which has recently been featured in Vogue.

Shamaeel Ansari’s ‘Saaz’ – to the tune of fierce, beautiful music

A new Khaadi, a new retail landscape – but will this lead to a market takeover?