“I am just really glad that I sang ‘Gagar’ for Velo Soundstation,” says singer Umair Jaswal. “It’ll be a break from ‘Sammi’ in concerts!”

‘Sammi Meri Waar’, sung with Quratulain Baloch in the eighth season of Coke Studio, has irrefutably been Umair’s biggest hit. At his concerts, it is the most in demand song. The singer recalls how a man at his concert told him to sing the song at least 10 times. “This uncle said to me, ‘Beta, I have paid to attend this concert and I want to hear ‘Sammi’,” laughs Umair.

“I did sing it three times, but that’s all I could manage.”

One of the reasons why ‘Sammi’ has been popular is the energy with which it has been sung and performed. Umair is in his element in the song, his raspy vocals rising to high notes, mixing folk with loud, head-banging rock. ‘Gagar’ is similarly edgy, performed in the club dance format that forms the Velo Soundstation stage, with flashing strobe lights and dancers in the backdrop. A far call from the original which was a melodious Alamgir hit from the yesteryears that ruled wedding luddi dances, the new version has the ‘Umair Jaswal touch’, transformed to a roaring electronically charged beat that you could – quite literally – kick up to!

In fact, my favorite part of the song is where Umair pauses in the chorus and kicks high. It has evidently made the audience get down to some kicking as well. The singer tells me that he has been receiving videos from all over the world of people practicing their moves on ‘Gagar’ and he has been uploading some of them on his social media platforms. “I have even gotten videos of a few Mehndi dances and people have been messaging me that they are choreographing it for their shaadi dance routines,” he says.

All revamped classics have their critics and ‘Gagar’ has faced its share of whining. Twitter commentators have talked about how ‘the song is off’ or that a ‘classic has been ruined’. Many more have been loving it and the skyrocketing YouTube views are testament to this. “We’re not selling ice-cream. Everyone’s not going to love the song,” reasons Umair, “but I have been replying back to critics telling them that next time, I hope to do better. I also want to say that this is a tribute to Alamgir and his beautiful song. I want to thank him for it and apologize if I have made any mistakes.”

“I am also just enjoying the pure enthusiasm of people dancing to it,” he says.

On this happy note, we proceed to dissect what makes ‘Gagar’ so popular and then, another song that’s all set to release, this time from the Coke Studio platform and how this has been a busy, busy year for Umair Jaswal …

What do you think is at the root of ‘Gagar’s popularity: the song itself or the energetic performance on the Velo stage?

I think that it is a combination of both. I have never professed to be a great singer but I do know that I love performing and that’s what I did in Velo Soundstation. My brother wanted there to be an entire dance routine to the song with backup dancers but we were shooting during Covid times and so the scope of the performance had to be limited. I did dance a bit but I kept things realistic, so that when I performed the song live, I would be able to do the same moves.

I actually didn’t realize how well ‘Gagar’ would work initially. It was only when I heard it on stage, playing loudly from speakers, that I realized that it was a monster of a song, perfect for performing. So you didn’t know at the onset that the song could turn out to be such a success?

Not really. Actually, it all boils down to this working relationship that I have with Bilal Maqsood which is entirely based on trust. Back when I had performed ‘Sammi’ in Coke Studio, Bilal had told me what he had wanted me to do and I had been incredulous about it. He had just said, “I know what I am doing. Trust me with this.”

Then, in season 9, I sang ‘Sasu Mangay’ with Naseebo Lal and it was a very tough song because she sings at a really high pitch. Bilal told me that she couldn’t be asked to sing at a lower pitch because she may go out of tune. Instead, I would have to sing at an equally high note as her. My wife was listening to my past songs a few days ago and I told her that this was probably the most difficult song that I had sung. I just think that Bilal sees me in a way that I don’t see myself and he just knows what will work!

What do you think of the backup dancers in the show’s format? The Internet’s been cracking jokes about how ‘extra’ they look!

(laughs) I think that they were really enjoying the song! The shooting of the song took three to four days and my brother told me that every day, after wrapping up, the backup dancers would replay ‘Gagar’. On the last day of the shoot, they put the song on repeat for an entire half an hour, just unwinding and dancing to it!

You also have another song releasing soon, from the Coke Studio platform. Is it going to be similar to ‘Gagar’?

No, the Coke Studio song is a single, in Punjabi! Rohail Hyatt, Coke Studio’s producer, has always told me that in my case, he has the pleasure of being able to choose between Urdu and Pakistani songs. It’s an original because I really didn’t want to sing a cover. I want to sing my own songs; songs that other younger musicians can make covers to.

You’re performing in Coke Studio as well as Velo Soundsation, two rival musical platforms although the former is well-established while the latter has just debuted. How do you compare the two?

There can be no comparison. This year will mark my 13th performance for Coke Studio. It’s a well-established show with a format and feel of its own. Velo Soundstation has its own energy; the club atmosphere, the flashing strobes, the dancers in the backdrop. It’s very current and with the sort of mood that really attracts in young listeners.

Also, Rohail and Bilal both have very different visions. Rohail’s treatment has also been very mononochromatic, highlighting the very essence of the music being played. Bilal, even during the Coke Studio days, placed a lot of focus on energetic performances with full-on lighting, strobes, moving heads!

Velo Soundstation is doing extremely well and even this year’s Coke Studio is going to shine because it features select songs with a relatively limited artist lineup. A bigger season couldn’t be planned out due to the coronavirus but in retrospect, this will work well because Rohail will have chosen just the songs that he really likes.

Most artists have worked with either one producer or the other. How do you manage to remain such an overall favorite?

(laughs) I think it’s got a lot to do with how prepared I come to the studio. I rehearse my performance so extensively that by the time I come to the studio, the song takes merely 10 minutes to record. Recordings generally take about two hours but I come in and it’s all done very, very quickly and Rohail is left with too much free time on his hands, waiting for the next artist to come in two hours later!

Coke Studio’s recent lineup reveal has generated quite a bit of buzz but on contrast, there hasn’t been much of a response from fellow musicians regarding Velo Soundstation. With the exception of Rohail Hyatt who Tweeted that he was enjoying the new sound, no other musician has particularly voiced their support. Why do you think so?

It’s a new platform and perhaps that is why a lot of fellow artists are still skeptical about it. But I do feel that if an effort is being made, in this year particularly, to bring out new music and highlight talented new kids like Natasha Noorani and Shamoon Ismail, then the industry should make the effort to show support and cheer it on.

We need to stop feeling insecure about our own careers just because someone else is doing well.

This year has generally been tough for the music industry with the possibility of concerts getting eliminated thanks to the coronavirus. How has it worked out at your end?

It has been difficult, yes. I usually take part in 50 to 70 shows per year but this time, I haven’t performed in a single concert. My new album is ready for release but I decided to halt it until the situation got better. Once an album releases, via the Internet, the main way of earning off it is by performing the popular songs in concerts. I’d rather release the album at a time when the hype can lead up to live performances! 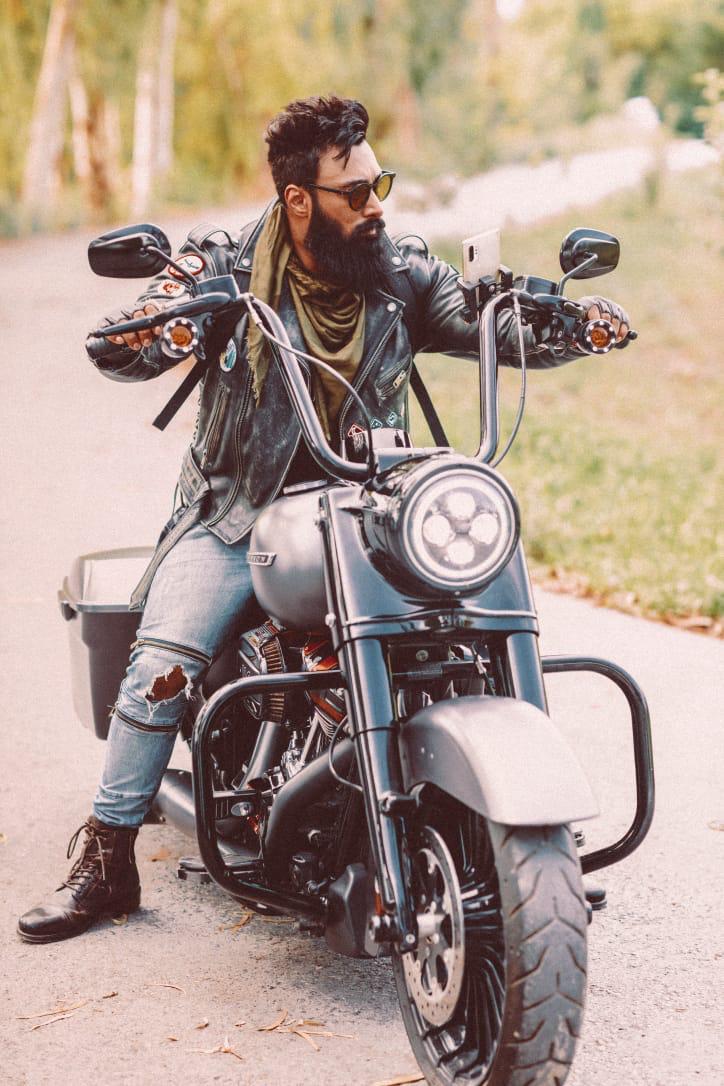 It’s still been a busy year – your travel series ‘Easypaisa Raahi’ released earlier this year, followed by Velo Soundstation and Coke Studio … and you also got married!

I had so many more plans. There could have been a lot more.

And knowing Umair Jaswal, there will be a lot more. In a year when the world slowed down and lives were whiled away in isolation, Umair managed to make you want to kick it up and have a party. In a post-corona world, the possibilities will be endless.