74 years since its inception, Pakistan has a history resplendent with real-life heroes and heroines with inspiring life stories. One of these personalities recently got highlighted when the telefilm ‘Aik Hi Nigar’ was announced.

Starring Mahira Khan and directed by Adnan Sarwar, the film is based on the life of LT General Nigar Johar, who made history by becoming Pakistan’s first female three star general.

It is certainly heartwarming to see a real-life hero being celebrated at a macro level. The trend of making biopics has become very common in Hollywood and Bollywood, but we have only delved into it sporadically in Pakistan. With our film industry and OTT gearing up, it would be interesting to see more stories based on the lives of true Pakistani heroes making it to our screens, recalling historic moments and achievements for a younger generation of Pakistanis who may not be aware of them.

Taking cue from this, here is a lineup of female Pakistani role models who could absolutely take center stage in a biopic.

Just a few days ago Samar Khan made Pakistan proud by becoming the first Pakistani woman to summit K2, the second highest peak in the world. Her triumph was celebrated by many but we wonder what her journey has been like leading up to the climb. Mountain climbing isn’t the easiest sport, and for a woman in Pakistan it certainly comes with added difficulties and constraints.

Samar has defied many odds and made it on her own. She is an inspiration for future climbers. 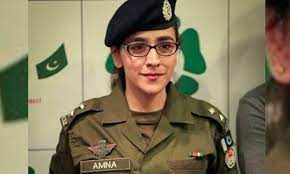 Currently serving ever so proudly in Islamabad, Amna Baig has shattered glass ceilings. In a male dominated profession, Amna holds her own, ensuring that her city is safe. Recognized frequently for her contributions, ASP Amna Baig is a beacon for women in police.

We don’t know if someone will get around to making a biopic on this fearless lady but you can surely follow her on Twitter to find out more. 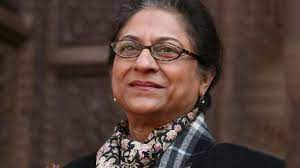 Human rights activist Asma Jahangir was a force to be reckoned with, making her a well-known name in Pakistan. She valiantly fought for female human rights all through to her life, bringing about changes in laws and mindsets.

The legacy that she has left behind should be celebrated and commemorated for future generations. 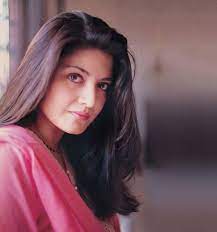 The pop icon was a trendsetter in Pakistan’s nascent music industry, breaking taboos while singing a euphoric “Dum dum dee dee..”. Young, energetic and revolutionary, Hasan was, and continues to be, a source of inspiration for women entering the music industry in Pakistan. She also worked across the border and ruled hearts with her songs.

She passed away at a young age yet left behind many tunes that are still hummed around the globe. 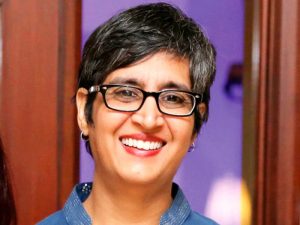 Another inspiring lady who fought for human rights and even gave up her life for the cause, Sabeen Mahmud took several initiatives that aimed to empower and enrich the society. Being a social worker or simply vocal in Pakistan can prove to be detrimental and Sabeen’s life came to a tragic, sudden end when she chose not to please certain violent factions in society.

Such heroism is rare. 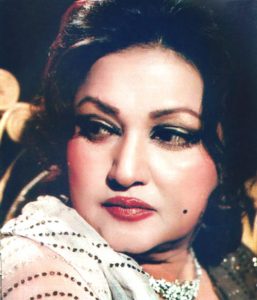 Queen of Melody, Madam Noor Jahan ruled Indian and Pakistani cinema proving the power of her soulful voice. The singer and actor was cherished by many and to date, her songs as well as her magnetic persona is celebrated and remembered.

Her illustrious, colorful career is a story just waiting to be reenacted on screen. 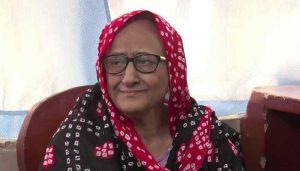 Wife of the legendary Edhi sahab and his partner in building the Edhi Foundation, Bilquis Edhi lives on to tell the tale of his philanthropic efforts. She has taken it upon herself, along with her son, to continue Edhi’s mission to support and give the helpless a home.

Edhi and Bilquis Edhi are veritably Pakistan’s most outstanding heroes. The path they sought to walk was strewn with hardships and required constant effort and yet, they persevered. We are proud of them and a biopic charting their journey would be one way to celebrate their relentless hard work.

These are just some of the remarkable women that we could think of. But there are so many more heroes in our country who are an inspiration. They belong to different walks of life but hardly get recognition for their achievements or contributions.

One aspect that can be explored is the importance of other sports besides cricket. We need to pay homage to those rare athletes who are embarking on their journeys on their own with little to no support from the state. Just recently, we saw Pakistani athletes making the nation proud at the Tokyo Olympics. Unfortunately, with no government funding or training available to them, they couldn’t bring back home medals although it was evident that they had immense potential.

Can you think of anyone else who deserves a biopic? Let us know in the comments below.