With Eid-ul-Adha right around the corner, it was only inevitable that you’d see bulls called Ertugrul in the cow-mandi. Enthusiastic cattle sellers do like to come up with dramatic names for the animals that are particularly heavy duty and will, therefore, sell well. News channels, around this time of the year, always feature stories on cattle with inventive names: a goat called ‘Heer’, a bull called ‘Ranjha’ … or some Bollywood-esque contenders: Shahrukh Khan, Salman Khan and what-not.

With the country still in the hold of Ertugrul fever, we were bound to see a few sturdy bulls named after their hero. However, our obsession with coining all things as ‘Ertugrul’ extends much beyond the cattle market.

Food vendors seem to be particularly smitten. You may have seen some of these on social media already but here goes … 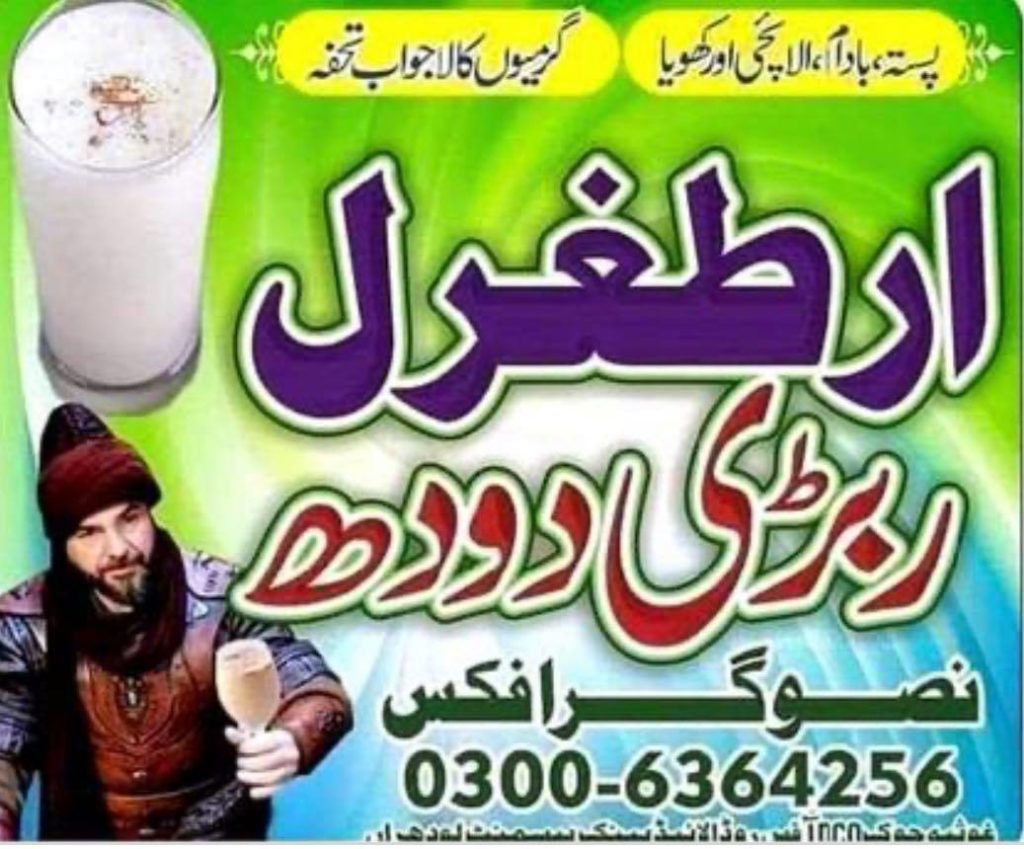 The great hero even offers you a glass of his namesake rabri doodh!

The ‘papad’ is particularly intriguing … because it claims to have been made by Halime Sultan. Some very inventive marketing right there. 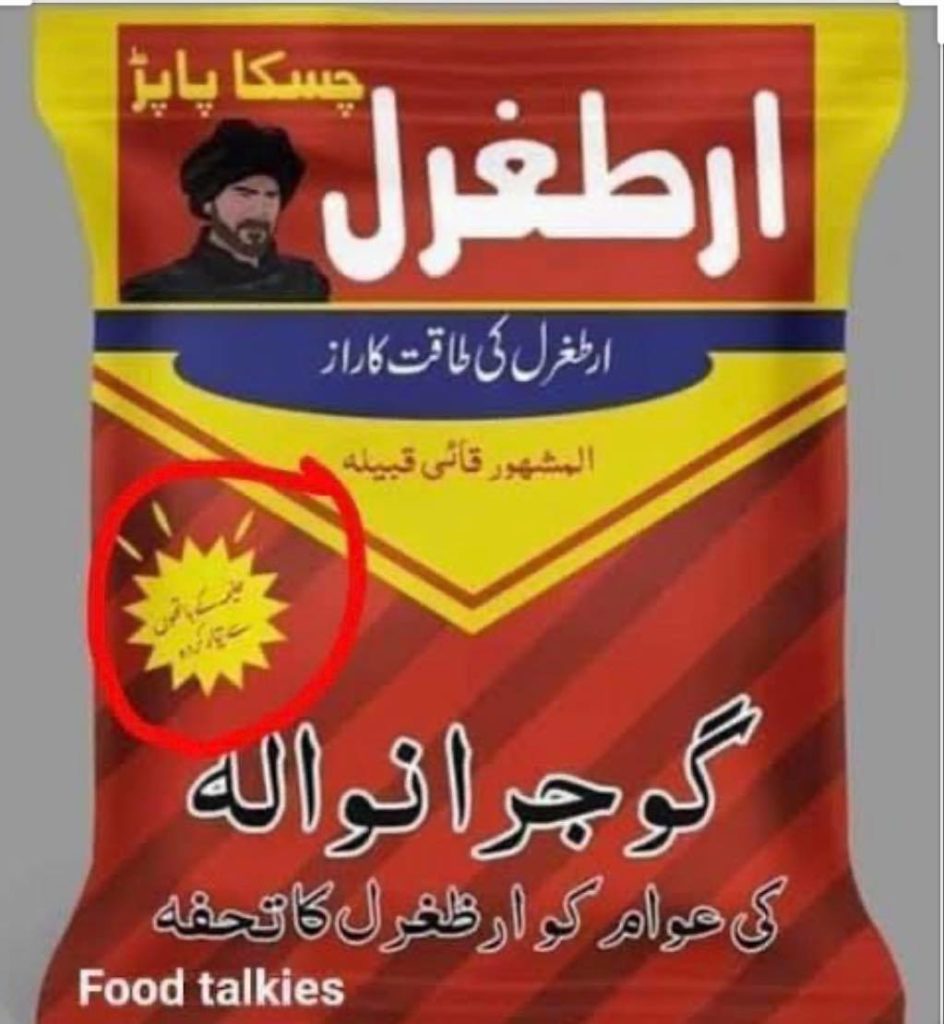 Made by Halime Sultan, just for you! 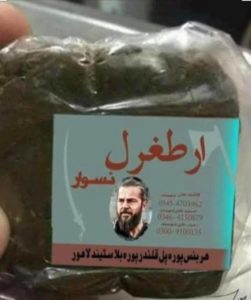 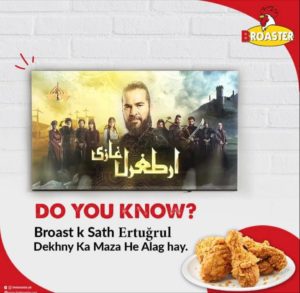 … and entire menus dedicated to the hero. … and over in Jeddah, a barber shop named after him Lo and behold, Sindhi channel, Kawish Television Network, is ambitiously coming up with its desi, Sindhi language version of the Turkish drama This, apparently, is our desi take on Esra Bilgic

This was bound to happen … And of course, we all know about the Ertugrul statue in Lahore 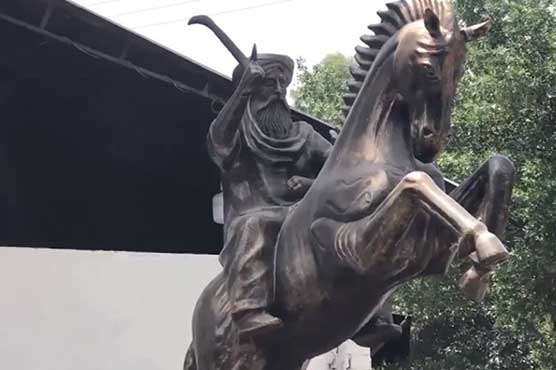 What next? Coming back to Eid-ul-Adha, I do think that there’s a cow out there waiting to be crownded as Princess Halime Sultan! 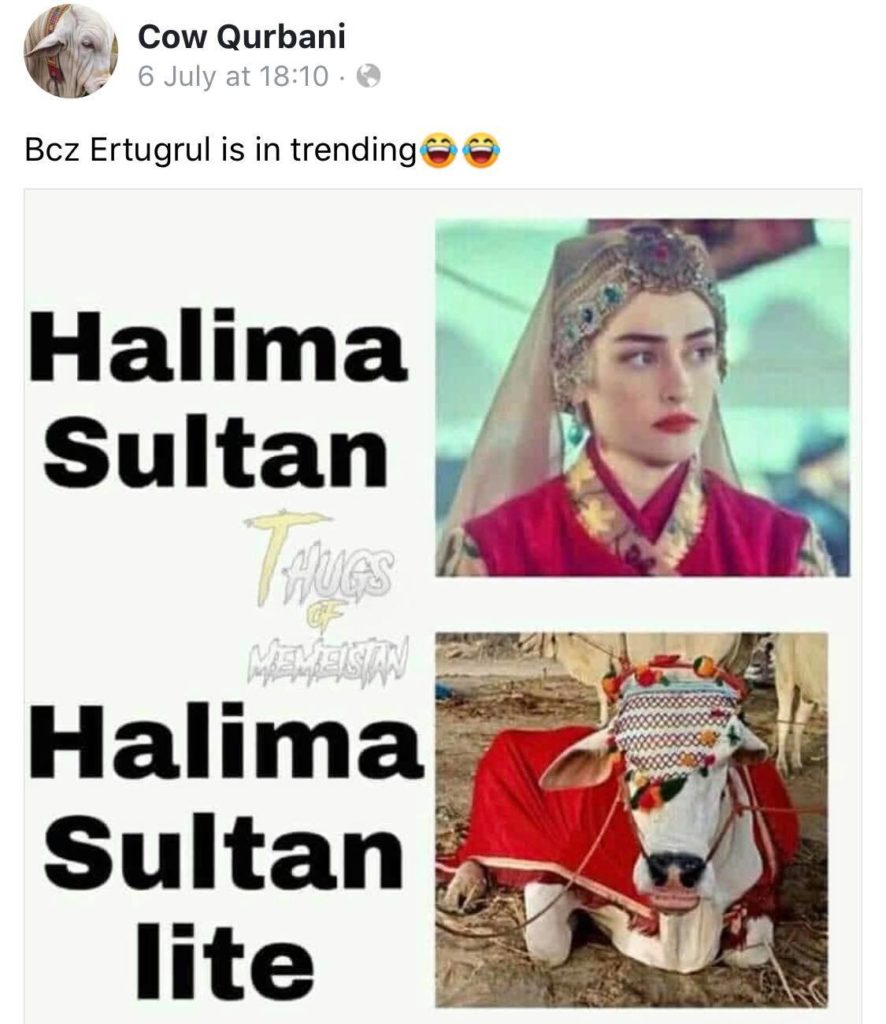